Goa is a known place for sea, sand, and beaches and all the fun and party aura it carries with it. Every traveler who visits this ‘party capital’ of India wants to explore every possible destination and water activities that are on offer. But little does he/she know that Goa also has a darker side of its splendid history as the legend says that there are some eerie places that are spooky and supposedly ‘haunted’.

Yes, you’ve heard it right. Whether you believe it or not, Goa has some infamous destinations that have a haunted history. So let’s take a look at some of the most haunted locations in Goa that could possibly send a chill down your spine.

This haunted house is located in the village of Santimol in South Goa. It’s actually quite infamous and listed as one of the most infamous haunted houses in Goa. The story goes around to say that this house is possessed by the spirits of the D’Mello brothers, who always got into arguments and fights over who owns the right to their ancestral property. It so happened on one unfortunate night that the brothers’ fought so much that one got killed. A few days later, even the second sibling passed away.

Since then this house is supposed to have been taken over by the brothers’ spirits and passers-by or those who live in the vicinity of the house have claimed to have heard some strange sounds and scary screams from the D’Mello House. This is the precise reason that people believe that the house is cursed and therefore refrain from even venturing anywhere near this place, leave alone entertaining any thoughts of even buying it.

For those who believe that ghosts or spirits agonise people only after dark, this place will make them think otherwise. Yes, it is a place down south in Raia – the Igorchem Bandh where people have been known to be haunted by an evil spirit in the afternoon.

The ‘bandh’ which is located just behind the Church of Our Lady of Snows in the Raia village, this area is a long stretch of road and is believed to be spooked during the daytime. If locals were to be believed, there have been instances when people who strolled on this road got possessed by an evil spirit between 2 pm and 3 pm. Quite scary isn’t’ it?.

Who would have thought that even places of worship could attract spirits that haunt people? Then there is a place down in Cansaulim and it’s the Three Kings Church. And, if the legend were to be believed this place is much talked about and is among the most haunted in Goa. People in the village say that when one visits this place there is some kind of an eerie and unpleasant feeling linked to this place. This church is known to be haunted by the spirit of three kings and their bodies are known to be buried under it.

The story goes like this: The three kings who ruled here were brothers and fought all the time to grab power. As fate would have it, one of the kings poisoned the other two and reigned as the King of the region. However, fear set in the king’s mind along with guilt as he was wary of the fact that if his subjects came to know the real reason behind the other kings’ death, he would not be spared. Fearing an outrage from his subjects, he committed suicide. Since that point in time, the church is believed to be a haven for the three kings’ spirits.

Baytakhol is a dreaded stretch of the accident-prone zone between Bori and Dhavali in the outskirts of Ponda. So how are mishaps and ghosts connected? Well, that’s the story. It is believed that Baytakhol is haunted by a women’s spirit. People have seen a woman walking on this stretch in the night and when the vehicle approaches her, she screams loud. And, when drivers try to look back who the lady was the vehicle loses control and causes mishaps.

This paranormal phenomenon has gripped this hamlet and therefore it is advised not to look back when you drive across Baytakhol pass.

The Borim Bridge is located on the outskirts of Ponda town and was in fact built by the Portuguese to serve as a link between Ponda in North Goa and Margao in South Goa. History says that the Portuguese soldiers destroyed this bridge to stall the Indian military from entering the village. A story has been doing the round for ages that during the construction of this bridge many children were sacrificed and this is precisely the reason behind some creepy activities occurring on it. A per local they have seen a woman jumping off the bridge at late hours in the night. If someone stops his vehicle at the bridge after having seen the woman jump-off, she’s known to be found sitting on the back seat of the vehicle.

This is not all, all those who have spotted this ghostly woman have fallen sick soon after the incident, which further adds to the mystery of this bridge.

Janki bandh is a temporary bridge that was raised to connect Navelim to Dramapur on the outskirts of Margao. An accident at this bridge is linked to the paranormal activities that have been reported here. Actually, the traumatic incident takes us back in time when a school bus packed with kids toppled over the bridge and spared none. Till today the screams and cries of these school kids are sometimes heard by those who pass by but no one has seen anything. And, most incidents have occurred late at night. 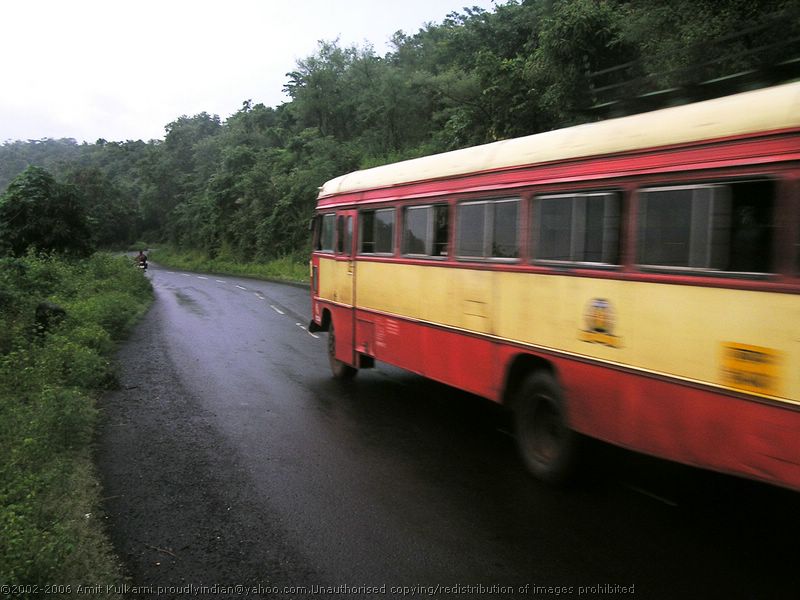 From ghosts, it’s now time to encounter some witches. Drive along the Mumbai-Goa highway and most often than not you will witness beautiful lush green scenes on the Konkan route. But that’s not all as sometimes as you might just bump into something spine-chilling and scary. There’s a particular stretch on this road that is known to be besieged and haunted by hungry witches who are constantly in search of flesh. Locals say these flesh-hungry witches are known to chase down those carrying meat and other non-vegetarian dishes in their vehicles. Therefore, prudence says to refrain from carrying non-vegetarian food, especially past midnight. 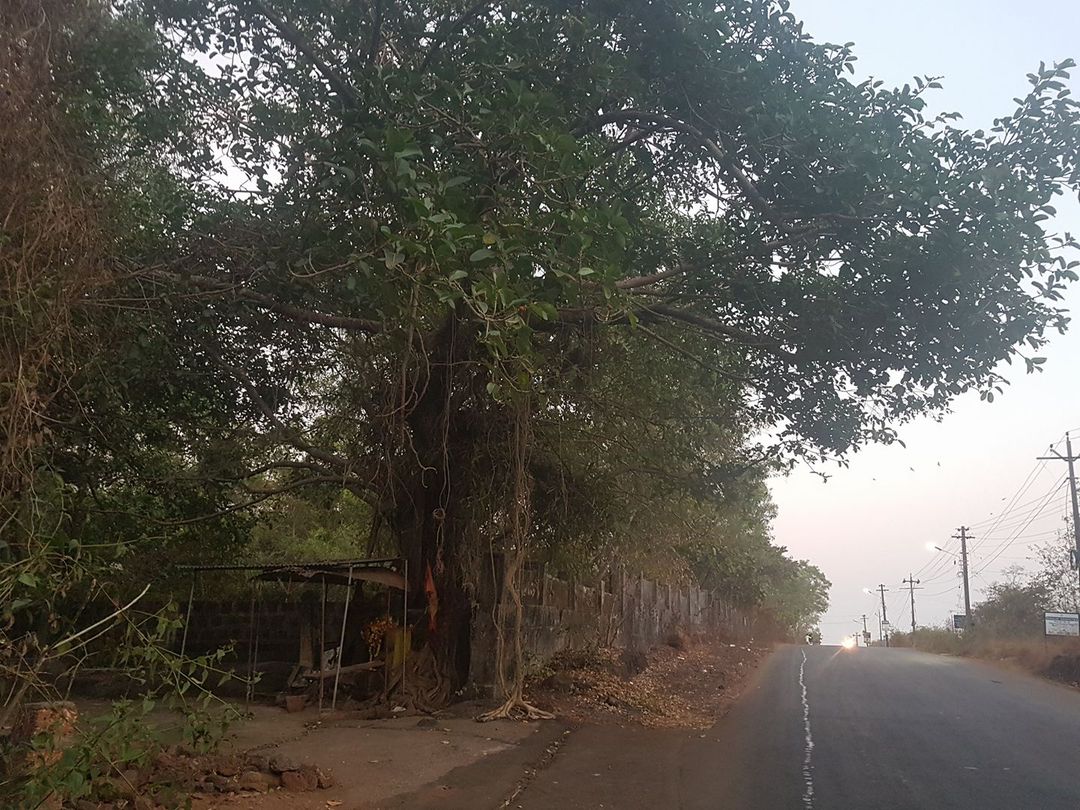 Saligao is a small beautiful village on the Porvorim-Calangute route and is known for its churches. However, it is also infamous for the haunting spirit of a lady named Christalina. And, beware of the banyan tree this place has which is home of this spirit. The legend says a bishop who was crossing the village came across the spirit and fainted at the tree and when he woke up the following day there were scratches all over his body and he screamed: “Christalina..Christalina.” This was an indication that the spirit possessed him.

It’s been over 50 years since the incident actually took place, but locals here are still wary of going near the banyan tree in Saligao at night. 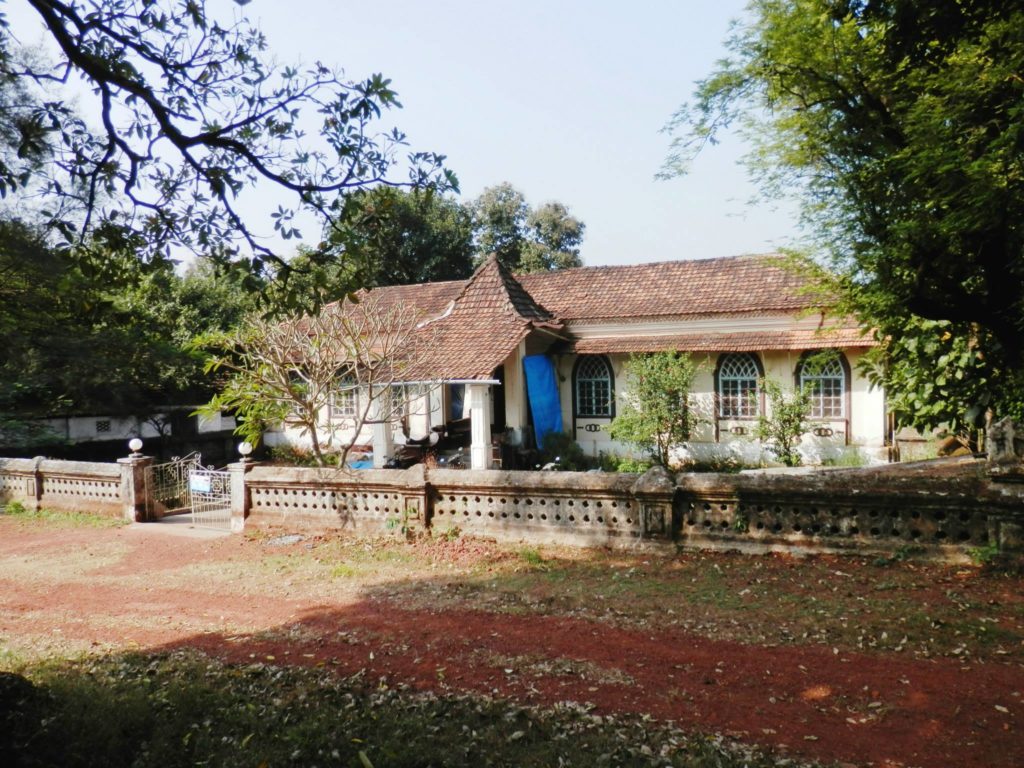 Rodrigues Home belongs to a small village named Verna, some 10 km from Margao. Don’t be fooled by the looks of this house as it can get dicey. It’s a mansion in fact and though the family continues to live here, locals speak of several supernatural activities that have shaken the entire village. Reports of lights flickering, doors and windows closing and opening on their own, and house cutlery moving without force have sent a chill down the spine of the residents. What’s more intriguing is such activities keep happening throughout the day. So, the best is to avoid going anywhere near Rodrigues’ house.

Located Near Agonda Beach, The story of the Ghost Hotel revolves around the murder of a co-owner who was murdered while its construction was still going on. In fact, the hotel was originally called Sina and presently lies abandoned after being built by a Russian. Though legal complications stalled its progress there are paranormal activities reported here. Locals have been speaking of the owner’s murder as the reason behind this spooky place. Even reports of having seen the spirit of the owner roaming around the property are doing the rounds.

Things to know while Travel to known places

Haunting and haunted places are all part of the local legend in Goa and incidents involving paranormal activity have been reported in various villages and suburbs of towns. Whether one believes in such occurrences or does not trust in spirit stories, one thing is for sure their existence cannot be totally denied. So it is important that when traveling in Goa, it is better to be wary of legends that have been part of the legacy and respect their existence. Better to avoid traveling to destinations or locations that are known to be spooky, eerie, or possessed by evil spirits. Follow the local prudence and travel safely in Goa.

Back to Top
Close